Horncliffe Mansion in Edenfield that had stood for the last 100+ years and survived two world wars had burnt down on 28th August 2019.  Fire Fighters were called early in the morning and spent most of the day extinguishing the fire which destroyed the roof and interiors.

The grade 2 listed building had been left to decay for the last 10 years, with multiple occasions where squatters were in residence. 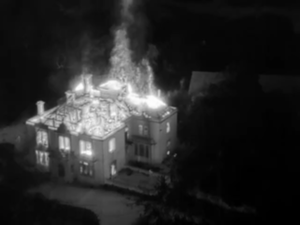 A local landmark for the historic community, Horncliffe held history for the area with firstly being home for a local mill owner Mr Henry Hoyle Hardman who part-owned Hardman’s Mill in Newhallhay Rawtenstall opposite the Old Cobblers Inn with his brother Mr Edward Hardan who lived at Oakhill now the Whitaker Museum.

Horncliffe Mansion is a Grade II listed building, but what does this mean?

A building is listed when it is of special architectural or historic interest considered to be of national importance and therefore worth protecting.

As the term implies, a listed building is added to a list: the National Heritage List for England. You can use this to discover whether your home is listed and if so, what grade it is.

Horncliffe Mansion is a listed 2 building which requires certain building consent by the local council. These restrictions are in place so that any historic building would not be compromised by the modern building techniques. The works done on these buildings should be such to keep them preserved.

Historically trained contractors should be used when restoring any historic building to minimise any possible damage.

Horncliffe house to a mansion 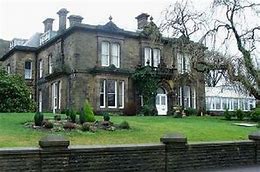 When built-in 1869, the mansion was as a home for Mr Hardman and was a gem of the area.

Though out its life Horncliffe was a home, nursing home, and a hotel and wedding venue.

During recent years countless investors have tried to bring the house back to its former glory, but so many struggled with the numerous obstacles.

It was rumoured that the House was filling for a change of use from a commercial property back to a residential.

While the house was being used as a hotel and venue the name was changed to Horncliffe Mansion which it still holds today.

What has been done recently 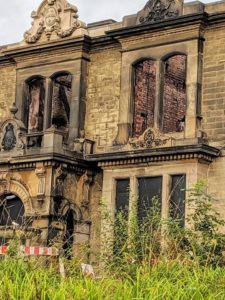 Horncliffe house had recently requested a survey to be conducted so that correct works could be arranged. The survey would have revealed the extent of some of the damage and what was more urgent to be repaired.

The repair work that would be needed to restore the building would be expensive, as it has already been reported that the old woodwork was littered with dry rot making the building in some areas structurally unsound; the money needed to sort this damage would range in the millions.

Kathy Fishwick, chair of Rossendale Civic Trust, said what happens next depends on how much has survived and how much can be realistically saved and in what form.

She added: “No matter what the damage, the building will still be classed as Listed and will need to be shown due respect even as a ruin, with a proper process of assessment needed for any proposals either for re-building or possible loss of Listed status.”

A resident was shocked by events. “It’s a tragedy what has happened to such a historic building. Nothing has been done with it for so long and just when it 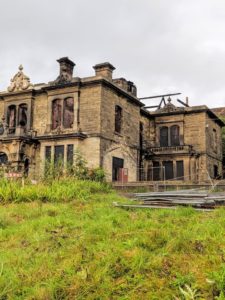 It will be interesting to see what will happen to this site once the Fire and Rescue service review the cause of the fire. Would the building be sound to be fixed or would it remain a shell of what it once was? Only time will tell, but let’s hope there is a happy ending for this heritage building.