Early 2017 we had the privilege of working on the regeneration of a 150+ year old, grade II listed building known as Brunel House.

The commission involved returning the beams and steel work to their original state and revealing sections of the original Accrington brick walls as a decoration. 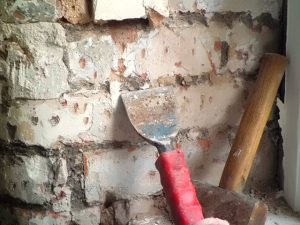 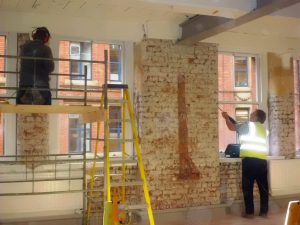 Plaster was removed from pre-selected sections of the walls to reveal beauty crafted by gifted builders almost 200 years before. 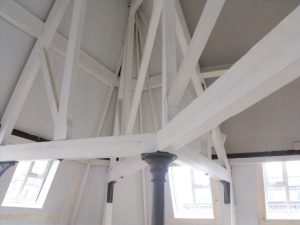 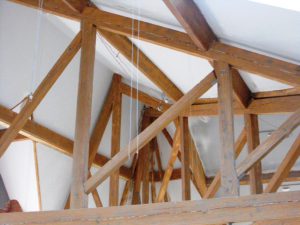 Followed by Grit blasting to removing a lifetime of old paint from the wooden beams, steelwork and the now exposed stonework. 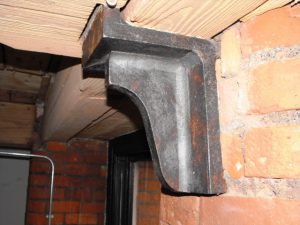 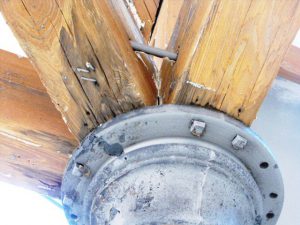 The floor was soundproofed for the comfort of tenants. A modern convenience for a vintage building.

This Semi detached Textile shipping warehouse was built in 1885 and was owned by GP GUNNIS & CO until 1913. Our careful regeneration was planned to ensure a pleasant work environment within this beautiful historic property.

Later, choosing not to follow his father, George set up GP Gunnis in 1845 as a merchant in Glasgow and in 1849 formed a partnership with Siegfried Liebett (a Member of the Manchester’s German Community) this partnership was known as S.A. Liebett, G.P Gunnis and Co.

In the 1850’s Gunnis and Liebett became known for their printed cotton as well as natural grey colouring, this cotton was shipped to France, the United States and Australia as well as staying in Britain.

In 1852 Gunnis and his business contacts came together and purchased a small boat named ‘The Queen’ to be used as a sea vessel into and from Calcutta.

George died in 1879, seven years before his company came to own Brunel house. His, son Francis George Gunnis took his place as a partner of G.P Gunnis & Co on the 1st January 1883 after Louisa Jane Forbes Gunnis daughter of G P Gunnis retired from her position. 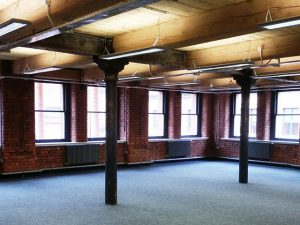 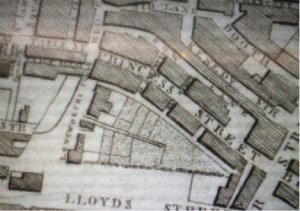 Three years later the company took hold of Brunel house a year after it was built in 1886. Francis G Gunnis with his partners kept the business going for another 30 years After G P Gunnis’ death. The company was dissolved on the 31st December 1913 leaving Brunel house without its owners of 27 years.

Brunel house was owned for less than a year by Netherlands consulate who sold to S D Bles and Sons in late 1914. Little is known about S D Bles and Co, though we do know that this company still held Brunel house when in 1926 it was pronounced bankrupt. 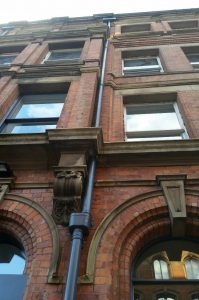 So, after surviving two world wars and multiple owners this historic building is now owned by an Insurance Investment Company, known for their careful restoration of properties.

From shipping warehouse to an office complex, we were proud to be involved in the history of the building, transforming such an important part of Manchester’s skyline into a building for the future.

Acknowledgement
All information Provide has been collected by a member of Hawthorn Estates Ltd, with help from The Gazette London search engine, and Manchester library-Archive department. Building pictures are the property of hawthorn estates.