Back in 2015 Hawthorn Estates were asked to give a facelift to a highly prestigious golf club that had changed hands.

Were we up to the task? Of course.

Managing Director, Kevin Millar, was enthusiastic about this job because we carry out work on the rest of Gallagher leisure park, Bradford. 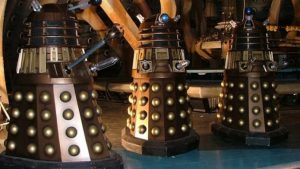 The park owned by JJ Gallagher replaced the historic 70-year-old Odeon cinema which was opened in 1930 when it was relocated to this park in 2000. The old cinema was next to the world famous National Museum of Photography, film and television which has many exhibits, including a real ‘live’ Dalek from Dr Who.

Hawthorn Estates Ltd began work on this park when it was new and have continued to perform well ever since.

The work for the golf club began early in the morning with a team of trained staff setting about their work to tidy up both the internal and external aspects of the property.

The Internal clean was supervised by Emily Millar, our cleaning expert with 20 years of experience she gets the job done well.

The rest of the site not only plays host to the Golf Club and Odeon cinema but a high-end health and fitness club, former home of the Bradford Bulls, a successful rugby league team.

Visitors can always find parking in the 600+ space car park that is also maintained by Hawthorn Estates Ltd.

When first built, Gallagher Leisure Park met with much praise from the local business community.

Paul Cross, the Managing Director said “we are delighted to have finalized this agreement with the council and now look forward to making an early start on this exciting family-focused attraction in Bradford”

The Council’s Executive Committee member for regeneration Councillor Dave Green said: “I am delighted a scheme of the scale proposed will have enormous economic benefits, bringing jobs, people and investment into the city centre. This is yet another confidence boost for the district and further evidence that we are serious about achieving the 2020 Vision.”

Hawthorn Estates Ltd is proud to be associated with this site and the ongoing work to keep this flagship park a jewel in the crown of Bradford City Council.