Women in The Construction Industry

Why is it so important that more women get involved in construction?

The Construction Development Alliance (CDA) Awards in 2016 acknowledged the skills of three women, it is encouraging, and has likely helped more women to branch into this sector knowing they work will be acknowledged.

This article we will find out the why women in construction are still low.

The CDA are a group of construction and property specialists. This group was established to create a network of professionals who are encouraged to collaborate and share market intelligence within the north west.

The CDA set out to award young, up and coming members of the construction community, giving them the opportunity to show off their achievements to the sector they are joining. Each year the candidate entries increase resulting in more competition.

To find out more about these awards please Click here.

As a group, the CDA acknowledging women in construction.

More young girls see women in construction the more they are willing to be enrolled in the different skills courses.

Many women are seen in the supporting roles, such as administration. Some feel it is still best learn the basics about the different skills their companies provide. The more you know about these skills, the better you are at helping your clients.

What are the statistics

So, while researching this interesting conundrum, I came across the statistics of women in construction.

Many recruitment campaigns have been positive, and the growth of this industry has had an increase; yet, women are still the minority. 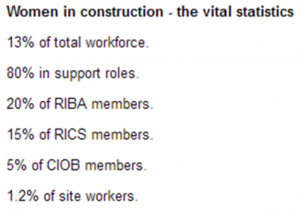 The picture shows the vital statics of women in construction with only 13% of the total workforce this is a staggering number that show the vast divide between the genders in this industry.

With 80% of women in this sector being of a supporting role this adds more the gender stereotyping that comes along with a male oriented industry. Interestingly, the 1% site workers there is a proportion of women with specialist skills including roofers, bricklayers and glaziers. They are so low that they are practically immeasurable. But they are there and still important.

Compared to our follow European countries, the UK has the lowest proportion of female engineers, also there are very few female chairpersons, CEOs, or COOs of architectural, design engineering, or major construction companies in the UK.

But on a high note the number is increasing, with 265,000 women already working in the industry today.

Interestingly, Randstad has calculated that the number of women in construction is at an all-time high.

With comparison to five years ago the number is now four times higher. An estimation states that by 2020 women could make up 26% of the construction industry workforce. So, with many companies now actively recruiting women for their personal and organisational skills, it has come at the right time as the industry cannot afford skills shortages.

What can we do? we need to continue to supporting progress, actively recruit both genders equally.

also just as many Awarding bodies have acknowledged the work women have done with crediting their high quality work with awards.

Difficulties – the pro’s and con’s

The cons that effect women are:-

now many can argue on the above but the fact of the matter is expectation and reality are not always perfectly in line. Theses are depending on your company, some do provide schemes where child care is available, some do not. some have systems where more than one toilet is available on site at one time, again some do not.

Pay is a controversial subject, especially when it comes to the gender divide; this will again depend on your companies mandate; some are fair and some are not.

on a positive side, construction for man and women can give a freedom not many other sectors are able to give. such as:-

Some may not agree but having the ability to flutter your eye lashes to get the assistance you need can be very helpful. (sorry fellas this doesn’t work for you.)

Having such a large variety of sub divisions is a pro due to the use of multi skills you are not limited to one occupation. most construction services interlock with others so multi skills are desired, the majority of sectors involves a least some practical involvement.

You are never short of a challenge when it comes to the construction profession. The working project is known for its ability to change direction at any point; the potential to adapt and in a sense “go with the flow” is a desirable quality in all construction trade-persons.

All those times in math class when you were learning trigonometry you thought why are we learning this, we are never going to use it when we get a job! Well, that isn’t completely true, construction is math in action and this is the best place to get those creative juices flowing. 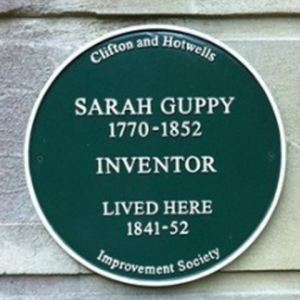 How long have woman been in construction? for a long time.

We all know that During war’s, men were scares but the work still needed to be done. Women took on the roles they became farmers, bakers, butchers, labours, and builders.

Its because of theses wars that we know that women can do the job and at high skill too.

We can look back in history to find different pioneer women who opened the way for women today. One of these women was Sarah Guppy.

It was back in 1811, when Sarah Guppy patented a “New Mode of Constructing and Erecting Bridges and Railroads without Arches.” In effect, she invented the means of building a new type of bridge. The rights belonged to her husband who had little to no desire of using them, due to the fact Sarah was female she was unable to claim the rights for this invention. These designs were given for free to Thomas Telford, who went on to build the bridge that cross’s the Menai Straits, the bridge was completed in 1826 and is now a Grade I listed building. 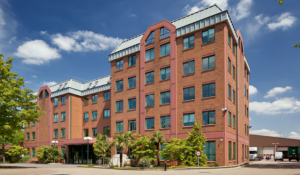 Sarah Guppy invention made her the mother of suspension bridges, this woman is a true pioneers for the idea of women in construction and will continue to influenced several women as well as men.

Interesting fact – IBSA Building in Mill Hill, London. Was built using a tilt up method of construction, every brick was laid by four women. 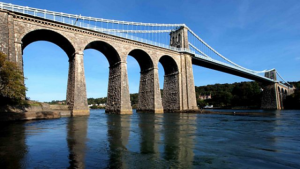