When you think about slavery, the oppression of the captured African people during the colonisation of America come to mind. Many people like to think that slavery came to an end when the 19th-century abolition came into effect.

Today when slavery is uncovered, is just as vast as in the past, it is just better concealed. Men, women and children leave their homes in view of a better life to find themselves living in inferior conditions.

What is modern slavery? 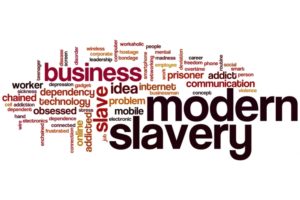 Modern slavery is the stripping of human rights of an individual by another. Those who are enslaved are controlled by their exploiter. It is less about people owning a person but more about the control and exploitation of another person who is unable to leave.

Where can modern slavery be found?

You can find slavery wherever you go in the world, no matter how prosperous the country is.

Many countries where the law is weaker and corrupt is most likely a place to find slavery in a large quantity.

It happens where you can find large numbers of people who are not protected from the law; such as Migrants. These people are easy for traders to blackmail into submission.

Slavery is not isolated to the developing countries as many are led to believe, the British government estimates there are tens of thousands of people who are in modern slavery in the UK today.

No country is free of slavery.

Who are the victims?

Slavery affects all types of people it is not dependant on age, gender or ethnicity. What slave traders look for is vulnerable people who seek a new and better life for themselves and/or their families.

These people promise a better life for those in war-torn or impoverished countries. Since humans want to live in peace and security the victims take a leap of faith.

Some people are forced into slavery due to debts.

They borrow money from the traffickers and are forced to work to pay back the money and the raising interest. Many debtors add additional charges onto the debt forcing the victim to payback inflated amounts.

Another type of slavery is descent-based where the person is simply born into slavery due to their mother being a slave.

The child has no choice and no idea what it is like to be free.

This type of slavery can go back to generations and could result in a submissive group with no understanding that their treatment is illegal.

Why does it happen?

Slavery happens because people like to get easy money and the quickest way is making others earn it for you.

Many country’s today have laws against the different forms of slavery. 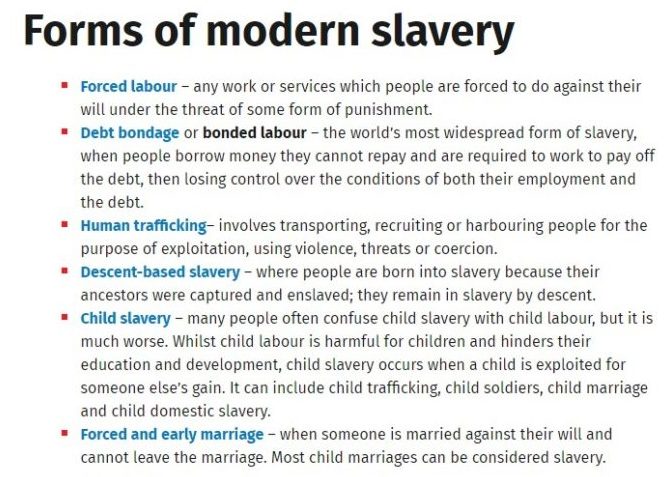 When will it stop?

Slavery will stop when people see it for what it is and refuse to pay for forced labour. A slave trader cannot make his money if no one is willing to buy what he is selling. Standing up against the industry will help save some from the terror of being a modern slave.

You can support anti-slavery by not overlooking the signs if it is reported to the authority’s modern slaves will be free and be given the proper treatment they deserve. The companies that are willing to ignore that they have slaves working either directly for them or through a subcontractor they are promoting this business. They provide a haven for those who are manipulating vulnerable people. These companies are not protecting the victims of slavery they are aiding the neglect and misuse of them.

Hawthorn Estates are part of the slave free alliance.