What happened to Manchester the Industrial Capital of the Country?

In this article, we will discuss how the small Roman town of Manchester became known as the industrial capital of the country.

Historically part of Lancashire until the 20th century until it became a county, Manchester City is in the North West of England.

It is the third most visited city in the UK. 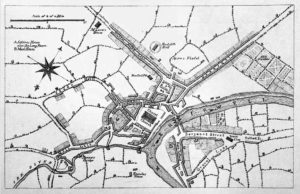 The history of Manchester can reach as far back as to the Roman invasion.

As a prime location for a northern garrison, the Romans built a sandstone bluff near the rivers Medlock and Irwell in 79AD. This is the first recorded settlement in the area.

At the turn of the 19th century, Manchester expanded at an astonishing rate; this expansion was the cause of the industrial revolution. The result made Manchester the first industrialised city in the world. It was in 1853 that Manchester achieved the status of City. Gaining “second” city statue in the United Kingdom.

The city’s growth and the notion of hard work the worker bee became a Motif to represent the industry within the city. 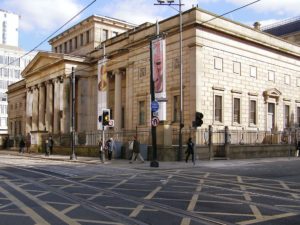 Architecture – Thomas De La Warre, Lord of the Manor founded and constructed a Collegiate church for the parish in 1421; this church is the Manchester Cathedral and the College house is the Chetham’s School of Music and Chetham’s Library.

Chetham’s Library opened in 1653 is the oldest free public reference library in the UK.

Media Links – Each year Manchester city organises a Film Festival that lasts a week, it is a truly independent film festival, committed and dedicated to sharing great stories from both new and established international and domestic filmmakers from the world of independent cinema. The organisation is proud of its honest and transparent roots and will continue with the original ethos of selecting films from open submissions. 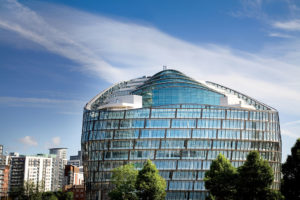 Manchester is home to Media City an international hub for technology, innovation and creativity.

The centre of the Economic school of Manchester capitalism developed and the anti-corn law league from 1838.

Manchester seemed a place in which anything could happen—new industrial processes, new ways of thinking (the Manchester School, promoting free trade and laissez-faire), new classes or groups in society, new religious sects, and new forms of labour organisation.

Manchester’s first taste of the cotton industry is traced back to the 14th century with the Flemish weavers. Around 1750 pure cotton fabrics were being produced and it had overtaken wool in importance.

The rivers in Manchester were made navigable in 1736 this opened the root for Manchester to get to the sea docks on the Mersey.

Britain’s first wholly artificial waterway is the Bridgewater canal. This amenity opened Manchester up to becoming the dominant marketplace for textiles produced in the surrounding towns. 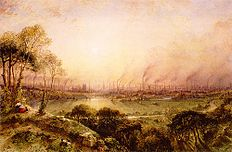 the engineering companies which specialised in making cotton machinery diversified into the general manufacturing industry; supported by the banking and insurance industries. 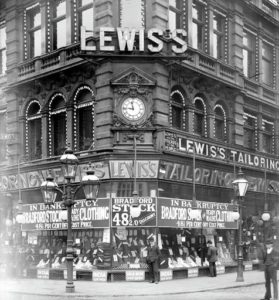 Due to Manchester city’s cosmopolitan atmosphere, a vibrant Culture developed creating the Golden age for manchester. Not everyone benefited from the wealth of the industrial revolution, among much of the population poverty and squalor is what they lived with.

Manchester covered the extremes from having the very rich and to the destitute.

The peak of cotton mills was in 1853 were 108 mills were run. After this, the number began to decline. This decline opened the way for the city to rise as the financial centre of the region.

With a history of attacks Manchester suffered greatly, many affect businesses never recovered from the loss of trade.

Manchester suffered greatly during the great depression, resulting in many businesses moving from the area. 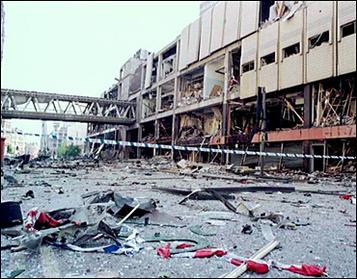 In the 1960s larger sections of the city were demolished, re-developed or modernised with the use of glass and steel. Many old mills were converted into apartments and office spaces.

After the second world war, the cities fortune declined due to deindustrialisation, to add to this saddening news on Saturday 15th June 1996 a terrorist group known as the Provisional IRA installed a bomb in a lorry, this bomb ripped through Corporation street in the centre of the city.

Great Britain had not had such a large bomb since the end of the second world war.

There were no fatalities; the emergency services had heeded the warning the IRA sent, and they were able to evacuate 75,000 people from the area. The target was the infrastructure and economy.

The city was given extensive investment and it began to regenerate its infrastructure,

The opening of popular shopping, eating and entertainment areas, increased popularity for manchester. Buildings like the printworks and corn exchange were renovated for this recreational use.

The commonwealth games were hosted in Manchester in 2002.

The Arndale shopping centre is one of the united kingdom’s largest city-centre shopping hubs.

Today and the future

Manchester had recovered from its terror attack in the ’90s the injection of investments made manchester a hub for businesses in the north. In 2017, a grievous attack occurred at manchester arena resulting in the death of 23 people including children, countless were injured.

This event unified the people of Manchester, the symbol of the worker bee became a figure against terrorism for Mancunians.

The people of manchester have not let the terror attacks take away the pride they have in their city.

The work in the city has not gone unnoticed, the Manchester Chamber of Commerce host an Awards evening for the Building of the Year.

Manchester City has moved away from the cotton industry, but you can see the importance it had in creating the modern city that Manchester is today.

We are happy to be among those who can watch manchester continue to change in the future.